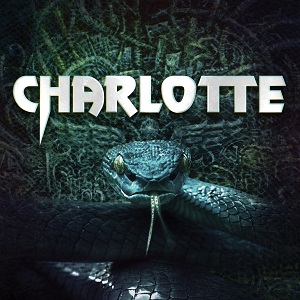 Charlotte’s story begins all the way back on the Sunset Strip in the mid-80s. Having played with many bands that would go on to great success, the luck of the dice never rolled their way. They recorded a bunch of songs, but with no traction and the dismantling of the L.A. rock scene, the group disbanded in 1996.

Enter Eönian Records , who purchased twelve recorded tracks and released it in 2010. The band recently discovered all the other tracks they could not originally locate, seven in total. Rather than release the new songs as an EP, the band picked ten tracks from the debut and interspersed them with the new songs to make a whopping seventeen song album.

So, the question becomes if you have the original release, do you need to buy the new album for 7 additional songs? Absolutely!  Let’s start with the original tracks. For those not familiar with the original release, this is a band that takes its inspiration from various bands of the 70s like Aerosmith and Led Zeppelin and what was (at the time) modern bands like Kingdom Come and Saigon Kick. You hear the influences in a song like opener ‘Siren’. Picture what would happen if Lynch Mob and The Cult got together to jam and ‘Siren’ is exactly what you would get from that collaboration. ‘Little Devils’ has a brief intro and outro that hits quick and hard, but most of the song settles in with the most thick and bluesy guitar riff found on the record. An atmospheric track with a steady rhythm that knows when to keep the guitar at bay and when to bring it roaring in. Certainly a favorite track for me.

Now onto the new tracks. I cannot be certain, but since these songs were separated from the ones that winded-up on the original release, there is a chance these songs were recorded earlier in their career. It certainly sounds like they were. While the re-released songs have a 70’s heavy blues vibe, the new tracks sound more like what you would expect from a band playing the Sunset Strip alongside bands like Warrant, Saraya, and XYZ. Are the songs as good as the ones that were released by the famous bands from that scene? I would venture to say yes. They may not have an expensive producer in their corner, but you can hear the quality of the melodies constructed. Favorites from the new tracks are ‘She’s On Fire’, a killer riff with a steady but slamming beat. ‘Mistreated’ has the best melody never recorded by LA Guns and I immediately had to replay it several times before I moved on through the rest of the album. Finally, there’s ‘When I Need You’, a high-octane track that’s placed perfectly after two more blues-based songs. While I’m on the subject, it was a smart move to take the newer songs and intersperse them with the older tracks rather than save them at the end. It makes for a stronger sounding album.

A few detractors. ‘Medusa Groove’ has a great Saigon Kick feel but unfortunately goes on for a full minute and a half longer than it needed to go. Out of the newer tracks, ‘Zoo of Hearts’ sound is a little rough around the edges, particulary where the drums are concerned, but the engineer can only do so much to the original source. I’m not entirely sure the drummer plays on it as it sounds like a drum machine was utilized.

Production-wise the sound has an unpolished edge to it. It’s clear there were limitations in the budget, but these songs are far from sounding like demos, so kudos to engineer Rob Calwell of Bombworks Sound for the remarkable remastering.

This is a band that should have been given a chance back in the day. It’s a crime that these songs have been sitting around for as long as they have. If you have the original release and decide not to get this album, then you are missing out. The new tracks are awesome and pair very well with the original tracks. Lucky for me, I discovered all these tracks at the same time so now I only have to buy one album instead of two. Don’t hesitate, these songs need to be heard by anyone who loves blues-based melodic rock.