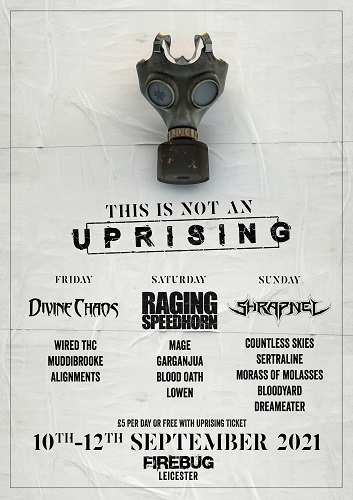 We all know some of the issues that Promoters and Event Organisers have had to go through over the last year and a half, but generally we will only ever know part of the story, whatever frustrations we may feel when a show is rescheduled or canceled can be multiplied by 1000 if you are trying to work against constantly changing rules and regulations and even then you are only halfway there as regulations change again and flip everything on it’s head, or Touring bands decide to skip Europe until next year. So it’s with a heartfelt thank you that we have an event at all in Leicester this weekend. Simon has once again done sterling work to put together a line up of bands for a bargain entry fee of free with proof of an Uprising Ticket .

The opening night of the Festival would see four bands take to the stage upstairs at Firebug, as with the rest of the nights there wasn’t a bad performance in sight and a really enjoyable time was had by those in attendance.

Opening the night are local four piece Metalcore band Alignments, who kicked things off nicely, crunching guitar riffs alongside a very solid backline and really powerful vocals, Unusual, but pretty cool to see some slap bass in a band like this. Preferred the heavy vocals to the clear ones to be honest, but will look forward to catching these guys again, there’s plenty more to come from them so keep your eyes and ears open.. 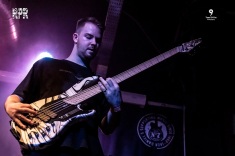 It is difficult enough in this day and age to start up and band and get your name our there and noticed, but I can’t imagine what it’s been like for this all-girl grungy rock band from Derby. They formed at the start of last year just before you’ve guessed it, the pandemic, so the reality is that this was only their fourth performance and they more than hold their own this evening, there’s definitely something different about them and they have an interesting sound.  For me their own material sounded much better than the covers and that’s a good sign for things to come from the band, Their new single ‘Liverpool Guy‘ is a prime example. I think I was the only one in the room aside from the band that had heard of Highly Suspect (one of the bands covered). Check them out, the EP should be hitting the shelves in October. 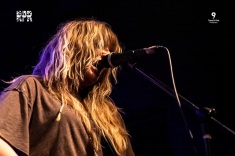 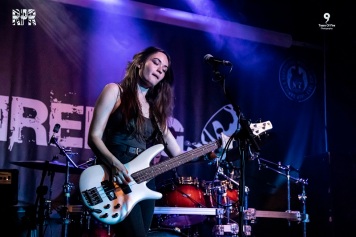 The amount of energy that was emitting from these guys before they even started was infectious. This Metal/Hardcore Crossover band delivered a really entertaining set and alongside the great energy they are a very visual band drawing your attention all over the stage from start to finish. Powerful tight and they get the crowd involved. The two Guitarists, Bass and Vocals form a wall for the majority of the set at the front of the stage, not that it’s a static wall and you kind of get the impression that they are all ready just to jump into the crowd at any point if they get the opportunity. The music is fast, hard edged with the right amount of aggression to be in your face, exactly as it should be, these Coventry lads have a bit about themcan see them going down well at another Uprising.

Up until this point the band had just been on my list of bands to catch live and I had been hoping to catch them at this years Bloodstock, but unfortunately I wasn’t able to travel over to it, so this was the opportunity I’d been waiting for and they did not disappoint. The setlist for this evening is made up mainly from last year’s ‘The Way To Oblivion‘ album, no big surprise there as it’s a terrific one. These guys are such a solid unit and in Jut Tabor they have a commanding vocalist who controls the center of the stage. And that’s all from a band that’s a man down tonight, I know a second guitarist would have added something to this set, but they didn’t let it affect them in a bad way, and Covid still has an affect for bands, this time around with a close contact, anyway, they plowed on and crushed it, and Matt Gilmour handled solo shredding duties very well.

Set highlights for me are the pulverising ‘The Way To Oblivion‘ or the full on closer ‘Path To War‘ but in reality there’s not one track that doesn’t hit the mark, just always wish for a longer set, This is really a formidable band wtih Mariusz (Drums) and Craig (Bass) forming such a powerful backline. Don’t miss these guys if you get a chance to see them Live, I’m sure they will be gracing many Festival lineups to come and will be making sure I catch them again as soon as possible.

The Way To Oblivion 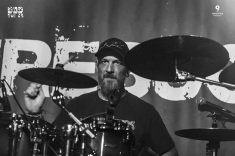 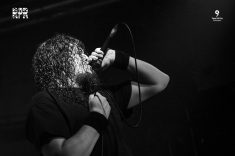 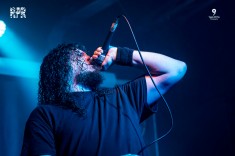 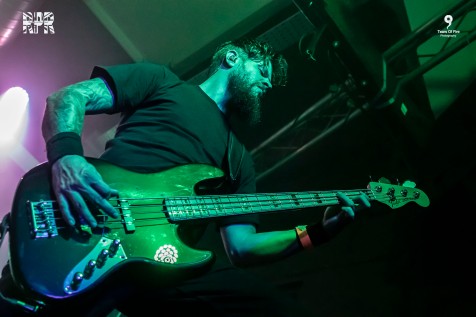 What a brilliant way to finish the opening night of this “NOT” Festival, Divine Chaos are a beast of a Thrash band live, powerful, unrelenting and just killing it. Always great to catch some new bands to me aswell, even better when everyone on the bill performs. Bring on Day 2.

All photographs © Tears Of Fire Photography. Please do NOT Edit/Crop/Reuse without Credit or Permission.