Shouting From The Rooftops

Review: Blindstone – Deliverance At The Crossroads

Well I’ve never hidden my appreciation of the music of Danish blues rockers Blindstone, far from it, a band seldom off my music rotation since I first encountered them quite by chance on Grooveyard Record‘s website.

Since that time the band have released in total nine albums if you include their newest ‘Deliverance At The Crossroads‘. Guitarist / lead singer Martin J. Anderson is one of the most underated guitarists in Europe who is capable of playing not only blues rock but has branched out into hard rock & heavy metal with other bands & projects.

With the bass guitar of Jasper Bunk and tub thumper Sigurd Jøhnk-Jensen making up the other two thirds of the band, this trio have amply captured in my mind the very essence of blues rock, namely, heavy, dirty groove riffs that demand you crank that damn volume knob right up and wallow in the soundscape now pounding from your speakers or cans!

From the opening notes of ‘World Of Trouble‘ your pinned against the wall, realising your in for an absolute audio treat. When comparing ‘Deliverance At The Crossroads‘ with the band’s previous albums there is a definite leaning towards that rockier, dirty end of the blues rock spectrum, an area I like to dwell in, an area that you’ll also find the likes of that man from Hell, Michael Katon, an area quite happy to stick two fingers up to ‘traditional blues’ and just crank and play.

While there isn’t a poor track on the album, there are always going to be tracks that either stand out or just make that connection.

One is the title track ‘Deliverance At The Crossroads‘. It’s just over 4 1/2 minutes of instrumental glory, a track  that just envelopes you in that afor mentioned soundscape. The guitar playing stands up against any of Martin’s peers.

Two track not out of place on a hard rock album. ‘What I Want‘ and ‘Olympus‘ pound and scream, with a heavy guitar sound and frantic bass and drums it’s almost headbanging material.

And ‘Dove‘ with it’s mixture of acoustic and electric guitar beautifully woven, creating a wonderful foot tapping end to what is a superb release.

This for me is potentially a cross over album, appealing to blues rock and rock fans alike. With the band making a welcome return to Ramblin’ Man festival next year here’s hoping they get the recognition they so justly deserve.

Today Danish blues rockers Blindstone release their brand new album ‘Deliverance At The Crossroads‘ and with it a brand new video for album track ‘Shouting From The Rooftops‘.

‘Deliverance At The Crossroads‘ is available to order from Grooveyard Records 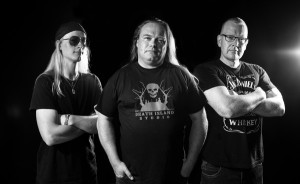 Danish blues rockers Blindstone have released audio of ‘One Beautiful Tribe‘, taken from the band’s upcoming new album ‘Deliverance At The Crossroads‘.

‘Deliverance At The Crossroads‘ is set to be released on December 10th via Grooveyard Records. 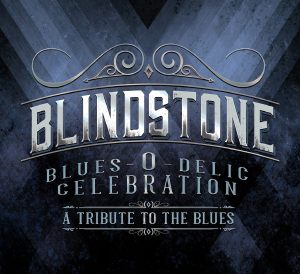 The Blindstone boys are back with a brand new album, this time a collection of covers amounting to a tribute to the blues. I know they were a tad nervous about whether they’ve done the thirteen tracks justice, having had chance to listen to the whole album quite a few times here’s my humble opinion of if they hit target or not.

Kicking off the album is a cover of BB King’s ‘Rock Me Baby‘. Now a cover can be two things. A carbon copy of the original or a band’s interpretation. Personally I prefer the latter as it’s interesting to listen to a song from a different angle so to speak. The original is a laid back track, while this is more forward, leaning more to blues rock which actually gives this track some balls!

Second up is ‘Blood Stream‘, originally released by Rocky Hill, brother of ZZ Top bassist Dusty Hill. Straight away this grabs you with wailing guitar, and energetic rhythm section, this is Blindstone putting their stamp on it. Being very familiar with the original I’m not disappointed with this rendition.

Next is Freddy King’s ‘Pack It Up‘ covered by Bonamassa on Blues Deluxe which is more of a direct copy but as I said earlier, I prefer things getting a little twist or two. This is once again adding that that distinctive Blindstone blues rock stamp, which makes it more of a foot tapper in my book.

‘Me And My Woman‘ is next on the bill from the criminally underrated Shuggie Otis. The Blindstone version thankfully manages to retain elements of that 70’s New York funk groove with the underlying blues elements.

‘Old School‘ is a track unknown to myself and was originally recorded by the wonderfully named Guitar Shorty. An appropriately named track for sure as it is quite simply old school blues.

The next track ‘Something’s Got A Hold On Me’ is based on the Gales Brothers song which i believe is written by Eugene Gales. A slow blues number, low down and dirty with a wonderful guitar tone. Great stuff indeed.

You can’t really have an album in tribute to the blues without certain artists being covered. And so we have Howlin Wolf’s ‘Built For Comfort‘, a song which I’ve always loved for it’s lyrics. Blindstone have transformed it into what sounds like early ZZ Top, so another box ticked for me.

I’m really enjoying the selection of artists being covered on this album, people not normally covered. The next track is Leslie West’s ‘By The River‘, another southern soaked blues rock extravaganza which sounds more full bodied than the original, not to knock the original mind in any way.

Having mentioned that ‘Little Old Band From Texas’ ZZ Top earlier we now arrive at a cover of the band’s ‘Bar-B-Q‘, originally to be found on Rio Grande Mud. Martin has nailed the sound of Billy Gibbons’ guitar. Just over three minutes of musical bliss.

The next cover version is of Slim Harpo’s ‘Finger On The Trigger‘. I can see why this appears as the original is quite a funky blues number and I know Martin is rather partial to a bit of funky guitar.

We re-visit the legendary BB King with ‘The Blues Come Over Me‘, the guitar riff just gets your foot tapping and your hand starts to wander into air guitar mode!

Slowing things right down is our next number ‘Stone Crazy‘. Again from a blues legend, Mr Buddy Guy. Blindstone have for want of a better phrase, thickened out the sound, giving it almost some angst, but not taking away the essence of the song.

I’m not in the slightest bit surprised which artist is being covered on the last track on the album. Blindstone wouldn’t be Blindstone without some Jimi Hendrix in the mix somewhere!

The Hendrix track chosen to close is ‘Hey Joe‘. Well I’ve never heard the band do a poor job when it comes to playing anything by Hendrix and this is no exception. What’s really great is Martin’s son Magnus Andersen and Jens Andersen, his dad, are both guesting on guitar.

To sum up, if your already a Blindstone fan then you’ll most certainly enjoy the album. If you want to hear a covers album that isn’t covers by number then this is the album for you.

Blindstone have today released an Official video for the track ‘Blood Stream‘, taken from their forthcoming album ‘Blues-O-Delic Celebration – A Tribute To The Blues‘, which will be released worldwide on the 24th of November, through Grooveyard Records. 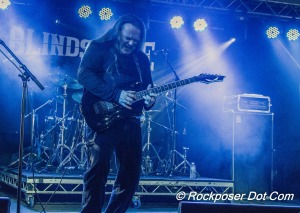 Blindstone‘s forthcoming album ‘Blues-O-Delic Celebration – A Tribute To The Blues‘, will be released worldwide on the 24th of November, through Grooveyard Records.

A track from the album will be released on Monday the 30th of October. 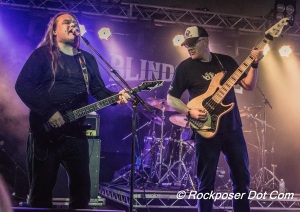 This week it’s the turn of RPR owner & chief bottle washer Dan Mann to suggest 20 albums for your collection. 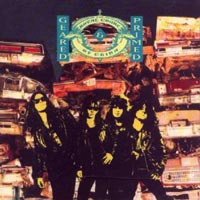 The Royal Court of China – Geared And Primed 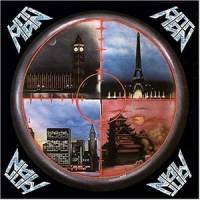 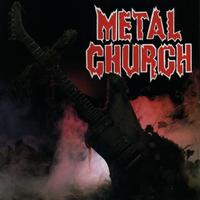 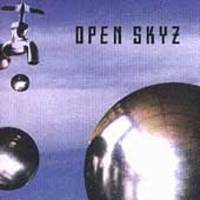 Warrior – Fighting For The Earth 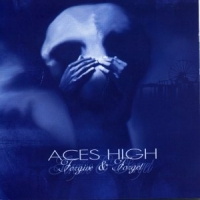 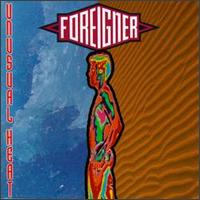 Michael Katon – Get On The Boogie Train 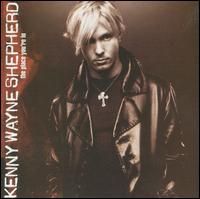 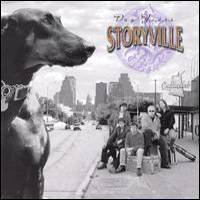 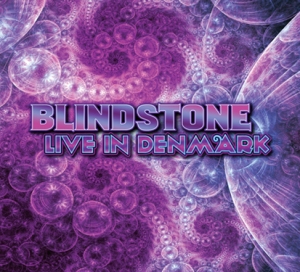 We’re big fans of the band here at Rockposer Dot Com, and it’s great to see the band release their first Live album.

This is Blindstone’s sixth album release. 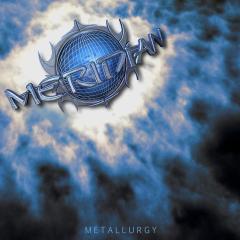 I had the real good fortune of being sent a copy of this as yet unreleased album by my good friend Martin J Anderson, the guitarist with Danish rock band Blindstone.

Martin is also involved with Meridian, having played on five of the ten tracks, the other five having been played by former lead guitarist Mads Bahl.

After the first couple of tracks it was really starting to bug me who vocalist Lars Märker reminded me of. Then it struck me. There’s a real similarity between Lars and Sargant Fury vocalist Andrew “Mac” McDermott (R.I.P.) Well trust me, that ain’t a bad thing as far as I’m concerned.

Now for those of you who love to pigeon hole bands I’m afraid your not going to get a straight answer. Yes parts of  the album are I guess heavy metal. However overall the album is to me a good, solid album of hard rock. The sort of hard rock that I personally love.

The album kicks off with a decent length intro track (2.17) called ‘Introminator’. And it certainly helps set the stage for what’s to follow. Now it’s a bit of a struggle to pick a ‘favorite’ as such as the album is consistently strong throughout. I guess if you held a gun to my head and said pick one then it would be ‘Between Love And Hate’

Yes I could wax lyrical and drone on like some album reviews do…….but that ain’t my style. I’m just going to say I hope this gets a release sooner rather than later, and then you too can experience some proper rock music.

02 Between Love And Hate