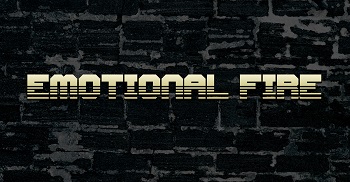 Emotional Fire was from the beginning an idea of ​​the same team behind the Gathering of Kings project, which with three records in the bag achieved great success on the melodic rock scene and created a respected name among fans around the world. For many years there was a dream to start a Melodic Rock / AOR band completely without men (The music industry is crying out for this. Rock music needs more women!).

To keep a long story relatively short and not as boring as most presentations tend to be, they put together a list of musicians they wanted to join the project and started making contact. Only the best were good enough and only those who could share the passion for the project were chosen. The band consists of Therés Enström (Vocals), Mia Moilanen (Guitar & Vocals), Ellinor Asp (Bass & Vocals), Linnea Waljestål (Drums & Vocals) and Annika Argerich (Keyboard).

At least 3 more singles will be released in the spring and a full-length after the summer. The band makes its live debut at Rocknytt Cruise in April. More shows will be announced soon!