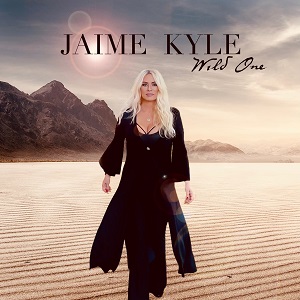 Singer/Songwriter Jaime Kyle is back after a three-year hiatus, which is noteworthy given that the album she released before that was way back at the turn of the century. I had been following Jaime’s career back then. She first came to my attention when I heard the song ‘Bombs Away’ on a compilation album and bought 1999’s ‘The Best of My Heart’. While I was a little disappointed that no other songs on that album rocked as hard as that one, I did enjoy the arrangements of the songs and enjoyed its pop sensibilities, especially because nothing being released at that time sounded anything like that.

I would later go on to pick up her debut album, which had similar attributes. While I was unfamiliar with her last album, 2019’s ‘Untangled’, a quick streaming listen shows that she is continuing the trajectory set by that album. Similar to Lee Aaron’s recent release ‘Radio On!’ and Rick Springfield’s ‘Rocket Science’, there is a country flair mixed in amongst the rock elements.

The album opens with the title track, which was a previously recorded hit for country singer Faith Hill. While this album has an overall country feel, this song is much more rocking than what Faith did with it. To me, this is the superior version. Jaime’s sultry voice is a great as it’s ever been and I’m glad to see this is not a straight re-creation like her version of ‘Stranded’ (previously recorded by Heart) which was done very well but offered nothing new to an otherwise great song.

Second single ‘Driving With The Brakes On’ goes for country swagger mixed with rockabilly for a fun, energetic track. There are a few songs on the album that display that type of energy. ‘Kiss Dirt’ is filled with vitriol for the man who dared cross Ms. Kyle, stating a list of all the things that are better than being with him. The sister song to that is ‘Dirty Goodbye’, a similarly-themed belter with a great instrumental closer.

While I would have liked more moments like that on the album, Jaime’s voice is so smooth, she has the power to make multiple genre’s sound incredible, whether it be country, rock, or what she does on my favorite track, ‘Blue Night’. An acoustic piano ballad that is sung to perfection.  With images of traveling as a backdrop, Jaime is backed by whispered background vocals in the chorus that paint an atmospheric vibe of both freedom and fear of the unknown. Jaime sure knows how to paint a mental picture.

Jaime’s attempts at genres she’s not known for also show that she is capable of morphing in a way that makes one think that she has naturally inclinations to the material. ‘Not About Love’ is an old-school lounge singer-type song you would expect to hear as background music in a movie set in the 1940s. May not be everyone’s cup of tea, but she pulls it off flawlessly. ‘Lie’ is a mid-tempo blues-based belter that has underlying violins in the chorus that make it soar, especially at the end when you feel Jaime and the band growing with intensity.

One song that doesn’t work for me is the airy and moody ‘Broken’. The bridge brings the song to a screeching halt when the acoustic-based song drops all instruments and Jaime sings the words while muting the guitar strums to go the exact length of each word she says. An awkward choice that throws off the rhythm, making the title of the song very apropos.

The true attraction here is her voice. It’s incredible that she is not more well-known than she is.  She receives praise from all her contemporaries for a good reason. If you want well-written catchy songs that dabble in various genres sung with passion and soulful conviction, you will find all of that here.  A true classy album.