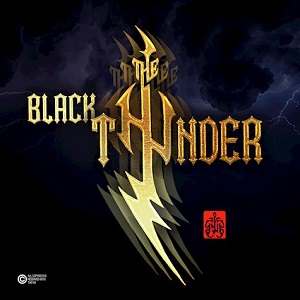 ‘Black Thunder (Part One)‘ was released in July and has since garnered over 1.4 million views. Revolver Magazine (7/8) lauded it as “another breathtaking slice of Mongolian folk-metal that has all of The HU‘s signature sonic tenets—ancient throat singing techniques, traditional string instruments and stadium-sized metal heft.” The videos for ‘Black Thunder‘ were filmed in the band’s native country Mongolia and tell a powerful story of battle, faith, and death while celebrating traditional Mongolian values both lyrically and visually. They were directed by Erdenebileg Ganbold and The HU’s producer Dashka.

Both ‘Black Thunder‘ parts are now available as digital streams along with the full extended version, which is also featured on their upcoming second album ‘Rumble Of Thunder‘ due September 2 via Better Noise Music. Pre-order ‘Rumble Of Thunder‘: here

The band has curated five playlists on Spotify, hand-picked by Gala, Enkush, Jaya, and Temka and feature tracks from their previous album and upcoming release. Listen here:

The HU Playlist Curated by Gala

The HU Playlist Curated by Enkush

The HU Playlist Curated by Jaya

The HU Playlist Curated by Temka

The HU have spent the majority of 2022 touring across the globe on their ‘Black Thunder‘ headlining run, appearing earlier this year in the U.S., Mexico, Japan, Australia and New Zealand including key festival appearances at Coachella (U.S.) and Fuji Rock Festival (Japan). The worldwide act will return to the U.S. tomorrow, August 19, supporting Five Finger Death Punch and Megadeth alongside opening act Fire From The Gods. The tour will wrap October 15 ending in Salt Lake City, UT, after which THE HU will then head over to Europe and the UK to continue with headlining shows for the remainder of the year. For tickets and a full list of upcoming shows, please visit: https://www.thehuofficial.com/tour-1.

The band has achieved wide critical acclaim and appeared on many 2019 year-end best-of lists. In the US Loudwire listed ‘The Gereg‘ among its Top Albums of 2019 and Revolver Magazine listed the band’s video ‘Great Chinggis Khaan‘ among the year’s Top 10. In the UK, ‘The Gereg‘ placed among Top Albums of 2019 in Classic Rock and Metal Hammer magazines.