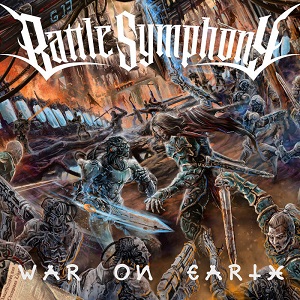 ‘War on Earth‘ is released as limited edition digipak CD.

Produced, mixed and mastered by hector.d