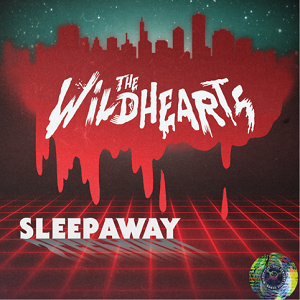 On 13th August The Wildhearts release a brand new single ‘Sleepaway‘ to coincide with their appearance at Bloodstock.

Watch the ‘Sleepaway’ video below, but be warned this is not for the faint-hearted!

The uplifting ‘Sleepaway’, the third single taken from the album ‘21st Century Love Songs‘, out September 3rd  2021 via Graphite Records.

“‘Sleepaway‘ is a song of hope, of fighting for improvement in oursleves. Locating the area of unhappiness and striving to fix it for the better quality of life. Physically, mentally, emotionally, positive changes can be made. Its not too late…” exclaims Ginger Wildheart.

With The Wildhearts classic line up of Ginger, CJ, Ritchie and Danny still holding strong this creatively brilliant band who helped change the landscape of British rock through the 90’s are showing no sign of slowing down.

‘21st Century Love Songs‘ is the follow up to ‘Renaissance Men‘, their highest charting album since 1994’s ‘P.H.U.Q‘, which debuted at number 11

To pre-order and pre save ‘21st Century Love Songs‘ go to: https://ffm.to/21stcenturylovesongs

To celebrate the release of ‘21st Century Love Songs‘ The Wildhearts play an 17 date UK tour. The tour will start in Cardiff on Friday 3rd September and concludes in Southampton on Saturday 25th September. Special guests on these dates at various venues include: Those Damn Crows for nine of the shows, Raging Speedhorn, The Middlenight Men, Beach Riot, James And The Coldgun and Waco.

Their incendiary live performances over the last few years have seen the band’s popularity hit new heights as The Wildhearts continue to cement their reputation and legacy as one of the best bands the UK has ever produced.