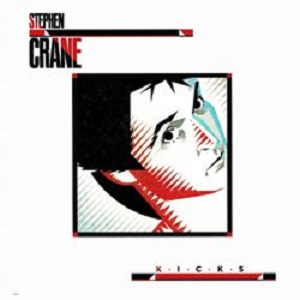 I’d not heard of this gentleman before I decided to review this release. After a little digging it turns out he is one of those hard luck stories that are rife in the rock and music world generally.

Signed to MCA back in 1984, he had access to serious talent. Steve Lukather co produced the album and other Toto member are all over the credits. But the release was never promoted properly, not even getting a CD release!

But how does it hold up some 26 years later? Crane’s voice takes some getting used to, certainly not what I was expecting, but when you get adjusted to it, it’s pretty good. ‘Joanne’ is the real period piece, that could have been a staple on rock FM stations. The recurring theme across this album, is, unfortunately, that the songs generally aren’t strong throughout. Either they burst into life half way through, or fizzle out.

There’s no doubting the quality of the playing and production, even though it slightly dated, but hey, they were the days of synth drums and the like! If AOR is your bag, then this release may well tickle your fancy, but, there are better new releases in that genre this year.

A mixed bag when it could, and should have been so much more.