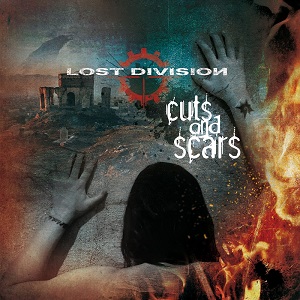 The band comments:
“The third single from ‘Cuts & Scars‘, ‘No God‘, serves up proper rattling, rhythmic rock’n’roll. This is the most aggressive song of the album. You will want to listen to this to-the-point bulldozer of a song again and again. The heavy riffs, catchy chorus and a striking guitar solo definitely make ‘No God‘ one of the stars of ‘Cuts & Scars‘. The lyrics paint a dark version of what will wait for us all when our life ends on earth”

Listen to No God single:

Lost Division is founded in Oulu, Finland back in 2015. Their first single release ‘‘Wish You Were Dead‘ was released in 2018 by Inverse Records. In 2019 their singer changed and they started to compose material for the upcoming debut album which was recorded in 2020. The album is recorded at Liiteri Sudios and it is mixed by Mika Lammassaari at Demolition Center Studios. Mastering is handled by Stefan Pommerin at Illusia Productions.