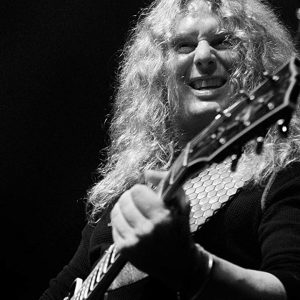 The song, which was recorded at least four years ago, is expected to appear on Sykes‘s long-awaited new solo album, ‘Sy-Ops‘, allegedly due for release later this year.

Last year, Sykes left Golden Robot Records without releasing a single track via the label. His signing with the label two years ago with the announcement of a new album later that year turned sour with Sykes’ making accusations that Golden Robot  had made “little attempt to move things forward despite our best efforts and patience.”