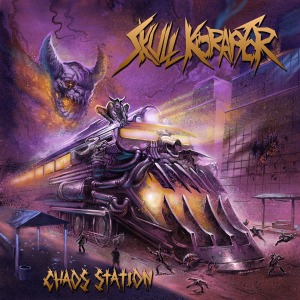 Greek thrash metal band Skull Koraptor have released an official video for ‘Blast It Out’.

They released their first EP ‘Dead Ahead‘ on May of 2014. Also, they have shared the stage with bands like Skull Fist, Destroyer 666 and Tankard.

Now they are in progress for their full-length album titled ‘Chaos Station‘, which will be announced very soon!