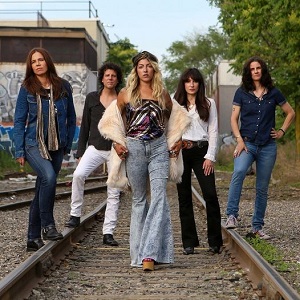 Brooklyn blues-rockers Jane Lee Hooker have been busy!! The band have just released a new video for ‘Lucky‘ taken from the band’s ‘Rollin’‘ album.

“People have been loving this track so we decided to put it out – 68k views in the first two weeks on YouTube/VEVO!”

‘Lucky‘ is the fourth single to be pulled from ‘Rollin’‘ – which came out in April and is the band’s first longplayer since 2017.  The new record and the JLH live show have been pulling in some of the best press/reviews of their career – both in the US and Europe.  Jane Lee Hooker played shows in NYC and Los Angeles to mark the release of ‘Rollin’‘, and then headed overseas for a month-long run of tour dates in Germany, Austria, Denmark, Belgium and Netherlands.