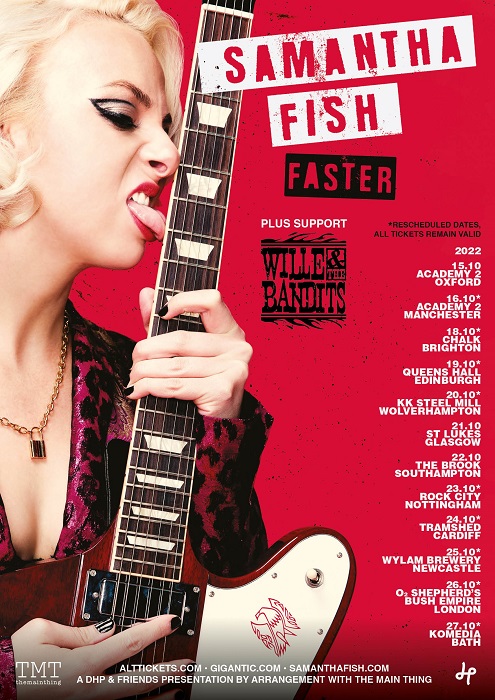 Rock guitar dynamo Samantha Fish and outlaw country badass Jesse Dayton have joined forces for an upcoming album of collaborative music, due out in May 2023 via Rounder Records. In December, two cover songs and accompanying videos will be released in conjunction with four special concerts in the USA.

Before her U.S. tour dates with Jesse Dayton, Samantha will embark on her own headline nationwide tour of the UK from October 15-27th with special guests Wille & The Bandits.

An award-winning singer, songwriter, and lead guitarist, Samantha Fish has released six albums over the course of her acclaimed career, with 2021’s ‘Faster‘ and 2019’s ‘Kill or Be Kind‘ both appearing on Rounder Records. “It’s not pure rock and roll, it’s not pure blues, it’s not pure soul, it’s not pure pop — it’s a mixture of everything,” she says of her genre-bending sound, which has regularly taken Fish around the world. A road warrior, she performs 200 shows yearly, both domestically and abroad.

With Special Guests Wille & The Bandits