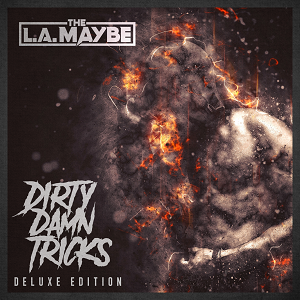 A band that grabbed my attention from the very first time I heard them, and no it wasn’t just some obvious influences, there’s a great vibe and energy to their music, a heavy rock, bluesy blend with a nice kick to it. If you haven’t listened through this album don’t dismiss them as AC/DC Clones, it’s simply not the case, not even close. Although there are I guess some issues in peoples minds with a new vocalist on board everything appears to be running smoothly in the camp.

Standouts for me from the original release were the AC/DC inspired ‘Mr. Danger’ which really is a pumping rocker, the brilliant ‘When I’m Gone‘ which for me throws of vibes of Black Stone Cherry while retaining enough of their own identity to be fresh and that’s very important. Finally the Rock ‘N’ Roll barnstormer that is ‘Fake‘ is just another indicator of how tight a unit this quintet is and I also think that the styles of Rock they dabble in is absolutely on point for today’s listening audience..

The guys hail from the Southern Carolinas and perhaps there’s where I’m picking up some or the Southern Rock undercurrents here and there, but that all goes into the mixing pot that creates a band with an interesting sound and that has helped to already elevate them above many of their peers. Just take a listen to the meandering ‘Piece Of Mind‘.

For anyone that picked up the initial release there is enough in the Deluxe Edition to draw interest from, the Demo and Acoustic versions offer a bit of a different perspective on what you already have and ‘The Long Road’ which was not on the original is so much more than than just a throw away bonus track, it’s a cracking piece of work. Still see nothing but good things in this bands future and they are certainly putting in the hard work now Touring as much as they possibly can with plenty of that occurring outside of their native USA.

So for anyone that’s yet to have the pleasure this Edition is a perfect smorgasbord to figure what they are all about, get into them and look forward to the next release like the rest of us. Very tempted to pick this one up just for the addition of ‘The Long Road‘ and the Acoustic version of ‘When I’m Gone‘ alone, definitely need to catch this band live as I have heard great things.