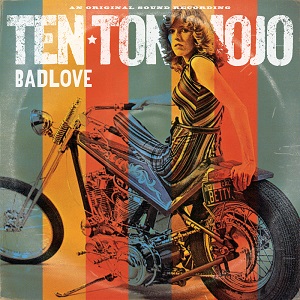 Conjured on the streets, on the stages and in the studios of New York City, emerges
Ten Ton Mojo – the new classic rock! This is where bluesy southern soul meets the glory of rock & roll!

This band represents the rebirth of real American rock and roll! Hip shaking rhythms and street wise guitars blend to create memorable hard rock anthems. Singer Dave Anthony says, “This band started to embrace our roots and to give back to the fans who’ve been wanting this…and we’re always determined to do it our way”.

Ten Ton Mojo has captivated a strong fan base by creating a musical energy which has yet to be experienced in the 21st century. Ten Ton Mojo is the band you’ve been waiting for!
Ten Ton Mojo has been providing live support and shared the stage with Kix, The Supersuckers, Molly Hatchet, Jane Lee Hooker, Enuff Z’nuff, Saving Abel, KILLCODE, John 5, Silvertung, Geezer, Kickin’ Valentina, Atomic Bitch Wax, PSSR, Circus of Power, the late Scott Weiland and others.
Ten Ton Mojo has performed on countless stages, including NYC’s Gramercy Theatre, NYC’s Irving Plaza, NYC’s Bowery Ballroom, The Famous Stone Pony in Asbury Park, NJ, The Viper Room in Hollywood, CA and everywhere in between.