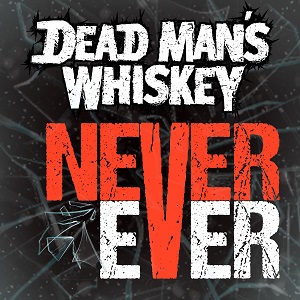 Dead Man’s Whiskey are releasing the second single ‘Never Ever‘ from their their upcoming new EP, ‘Breakout‘ (review Here), on Friday 17 September 2021. The EP will be released on Friday 1st October 2021 and can be pre-ordered: Here.

After a year of lockdowns, writing and recording, the 5-piece London hard rock band are back with a 5 track EP, expertly produced by John Mitchell, also known for his work with Alter Bridge, Architects, Enter Shikari and Inglorious.

With so much change and uncertainty in the world, creating this EP provided many unique challenges for the boys, as frontman Nico Rogers talks about the development of ‘Never Ever‘:

“This song has been something of a troublemaker! We went through maybe half a dozen choruses with it.  We started to get to a point where we didn’t know if we would find the right one, but in true style we found it right at the finish line! It’s an angry song this one, a big chunky riff and a whole lot of frustration poured into it, makes this an audio punch in the gut. It’s a song that talks about how we won’t quit, no matter the odds, we’re here to fight and win, or die trying!”