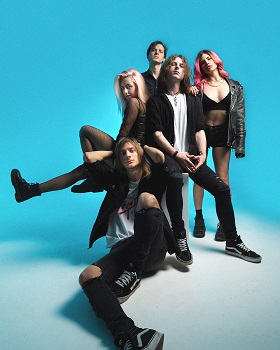 Greek rock newcomers Bad Habits have revealed a video for their fourth single, ‘Not My Call‘, which was released on 28th May 2021. Rooted in uncompromising authenticity and with a sharp rock ‘n’ roll edge, Bad Habits serve as a beacon for relatable self-expression and the obliteration of senseless stereotyping.

Stream ‘Not My Call‘ : Here

The culmination of a decade’s worth of collaboration and experimentation, including ventures into acoustic pop, hardcore punk and beyond, Bad Habits were established in early 2019. Capturing the essence of diverse rock influences, from the hyper-energetic The Stooges, to the trashy-glam of the New York Dolls and the songwriting mastermind of The Replacements, the group took to the studio to show off their full potential and distinctive style.

With over ten more songs slated for release, Bad Habits are sure to continue their upward trajectory throughout 2021.