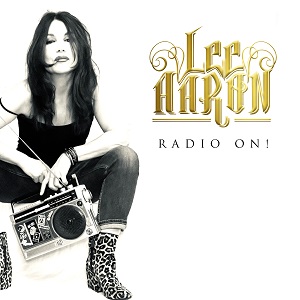 Today legendary Canadian vocalist Lee Aaron releases ‘C’mon‘, the first video from her stunning album of summer rock – ‘Radio On!’ (review here) The video was created by Frank Gryner, known for his work with Alice Cooper, Def Leppard and Rob Zombie – as well as being the video editor for Lee’s own ‘Power, Soul, Rock’n’Roll: Live In Germany‘ DVD. ‘C’mon‘ is a spirited rock anthem, the perfect song to lead us into the summer and brighter times ahead; the great introduction to new album ‘Radio On!‘ which will be out on Metalville Records on July 23rd.

Since the release of her debut album in 1982 Lee Aaron has graced the rock and metal scenes with her power and beauty, peerless voice and incredible music, bringing us classic albums like ‘Metal Queen‘, ‘Call Of The Wild‘, ‘Fire And Gasoline‘ and ‘Diamond Baby Blues‘ – and you can add to that list Radio On! With the backing of her band, guitarist Sean Kelly, bassist Dave Reimer and drummer John Cody, the multi-platinum, award winning, Canadian songstress has created another piece of timeless rock.