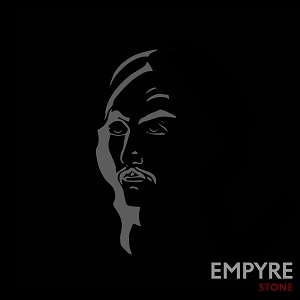 Empyre have announced that their new single, ‘Stone (Acoustic)’ will be released on February 12th.

‘Stone‘ follows on from the success of the previous acoustic release ‘Only Way Out (Piano Acoustic)’ being picked up by Yamaha Music Europe and a triple Classic Rock Magazine whammy by gaining the band a Hot List feature, winning “Track of the Week” and its inclusion in their Ultimate Playlist of 2020.

‘Stone‘ will kick off the band’s 2021 release schedule in a style that fuses rock with a hint of Americana and a dark, existential lyrical approach. Lead Guitarist Did Coles comments: “The song retains the haunting ambience of the original with the acoustic nature and tuning of the guitars accentuating the southern American, gothic nature of the track. This coupled with the introspective lyrics, should lead you to feel like you’re listening to something straight out of a gritty crime series, which in fact is the inspiration behind the song; an ode to Rust Cohle, the solitary, troubled and cynical protagonist of True Detective Season 1, portrayed on screen by Matthew McConaughey and depicted in a minimalist fashion on the single cover”.

The single will be accompanied by an unique video that sets the scene for the song, but is neither lyric video, nor performance video. It is a collage of scenes, quotes and effects that act as a mood board backdrop to the song aimed at enhancing the listener’s experience further absorbing them into Empyre’s vision.

Empyre continue to stand out as an inimitable musical force and this is truly reflected in their approach to forging ahead with content releases despite the ongoing global pandemic. Empyre remain focused and ambitious following their goal of playing Europe’s biggest rock festivals.

‘Stone‘ is the fifth acoustic single Empyre have released and follows a successful 2020, which saw the band release 6 singles, 14 music videos, perform live streams, actual gigs, win Classic Rock Magazine’s “Track of the Week” twice and team up with Yamaha and Guitar World. 2021 has already seen them return to the recording studio to start on the second electric album following on from the success of 2019’s ‘Self Aware’ debut.