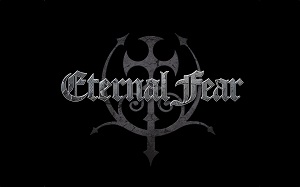 Swedish Melodic Metallers, Eternal Fear are back! It’s been 3 years since we have heard any new music from the Karlskoga five piece but, the time has come and Eternal Fear are ready to unleash the music they have been working on.

‘Dream Stealer‘ is the first track taken from the new EP titled ‘The Other Side’ which will be released digitally in early 2021. The EP ‘The Other Side‘ is a change in songwriting with some familiarities to the original ‘Eternal Fear‘ sound.

‘Dream Stealer‘ is a move into a more modern sound for the band and showcases the epic storytelling that comes from vocalist Ove alongside a fast paced, Melodic Metal track that will have you humming along for days after. “‘Dream Stealer’ is about our frustration with the mainstream media and it asks questions ‘are they telling us the truth? or is it just part of someone’s agenda?’ As a band we are thrilled to end this very strange year and for EF, 25 year milestone with a new release.” -Torbjörn, Eternal Fear’s Bassist