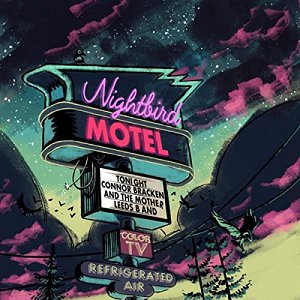 Connor Bracken and The Mother Leeds Band are pleased to announce the release of their second studio album ‘Nightbird Motel‘ on Friday 25th September 2020. Two years in the making, the album captures the band’s intent to blend their live show energy with the superior sound of the studio.

Ahead of the album release, the band have today released an Official video for ‘Dream Of You And Me‘.

The album is available to pre-order: Here. The new single ‘Dream Of You And Me‘ is  available:  Here.

The album was recorded at Soundmine Studio, in the mountains of East Stroudsburg, Pennsylvania.

MLB released their first studio album ‘The Light In The Day‘ in 2016. Soon after, they spent much of their time touring the eastern states of the USA. In 2001, they released the live album ‘Wonderful Year‘.

The band has received rave reviews for their energetic live shows. While staying true to their blues rock roots, they have become a permanent fixture in today’s rock scene. There is a palpable excitement for this new record waiting to break out. Connor Bracken and The Mother Leeds Band are looking forward to touring the album in 2021.