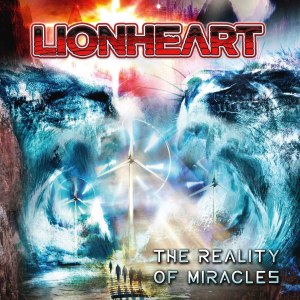 Review: Lionheart – The Reality Of Miracles

After the awesomeness of ‘Second Nature‘ any follow up album was going to have a high mountain to climb. I wasn’t too worried whether the band would release a worthy album, but would it stand up against the previous release?

That slightly tentative moment upon pressing play was soon changed to head noddding / foot tapping, the intro of ‘Salvation‘ setting the scene before the soundscape bursts out as ‘Thine Is The Kingdome‘ hits the old lugholes.

I’ve made no secret of my love for Lee Small‘s voice and vocals. If your not familiar, and why the hell not?, with Lee’s voice, think FM meets Magnum. A superb blend of melodic rock  meets AOR.

The quality of musicianship should be no surprise given the pedigrees of the band members, but this album is such a wonderfully cohesive mixture of first class playing and songwriting.

Messrs Stratton, Mann, Newton, Edwards and Small I salute you for giving us music fans another audio treat.

From the laid back ‘The Reality Of Miracles‘ and ‘Behind The Wall‘ with their swirling atmospherics, to the harder hitting ‘Five Tribes‘ and ‘The First Man‘, this album is showing everyone why British AOR/melodic rock is so loved Worldwide.

This is without doubt another album that should be on your too buy list, that is of course unless you’ve sensibly already bought it!

Let’s just hope that things improve pandemic / music scene wise and we can get to enjoy this material live.