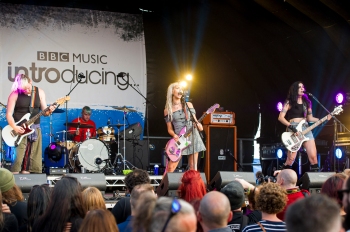 Hands Off Gretel have been touring extensively during festival season and with the foresight of Alen Raw, from Humbers BBC introducing, he talked his counterparts in south Yorkshire to get these guys up and over to Hull and play on the Humber Street Sesh, BBC Introducing Stage for 2019 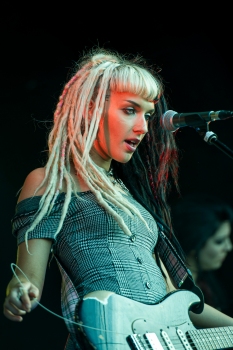 Hands Off Gretel arrived in good time and mingled in the crowds soaking up the Sesh’s unique City Festival atmosphere before delivering a stela performance on the Introducing Stage. 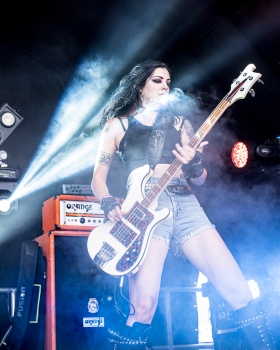 A worthy crowd assembled to take delivery of Gretel’s alternate rock set, opening up with One Eyed Girl, it wasn’t long before the classic SASS and Milk showed just how lyrically strong and poignant the HOG quartet are.

The vocal range of Lauren draws you in with a smoothness that turns wildly into a growling rasping whip and back again with a backlash of calm. 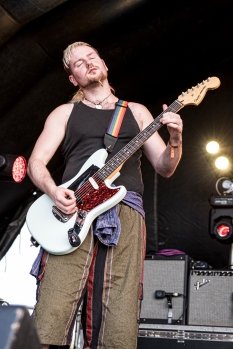 A broken 6th string on Laurens guitar made for a quick change to a sparkly pink axe, it seemed at this point energy amongst the willing crowd turned into small pools of mosh, then up from the masses a crowd surfer emerged and was aloft for a few seconds then brought down back to safety by vigilant event staff. 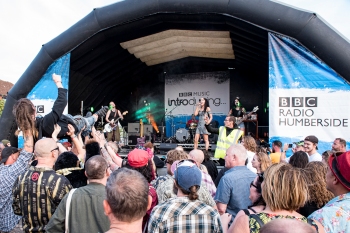 Sean on lead makes playing guitars look deceptively easy, churning out the complexity with ease alongside Beckie on the Rickenbacker bass, who plays fast, precise and with personality that resonates with the hefty strings, whilst at the back Sam is on drums keeping the time and driving the beats out as sure as an artillery strike.