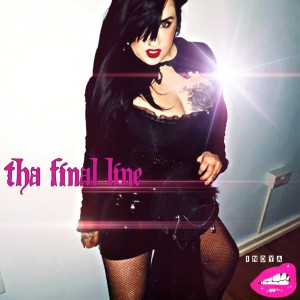 UK Glam Rock/Metal band, INDYA, have released a new music video for ‘Tha Final Line‘ feat. Johnny Doom of Kerrang! Radio. The song is taken from the new album ‘Rebel Music‘, to be out in the summer of 2018 via HOLIER THAN THOU RECORDS

The video was filmed in a pub “The Highbury” in Birmingham by videographer Neil Collins. And also Rock Club “The BlackMarket VIP” in Hastings. The Final Line was written by Natalie Indya West & produced by Dave Needham of Darkhorse Recording Studios, Epsom.

Indya aresupporting The Rocket Dolls on their Brighton tour, and the band will be touring in Sweden 27th – 29th July.