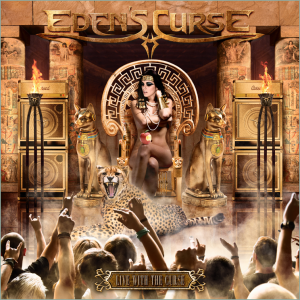 Eden’s Curse have released the second promo video from their new Double Live CD “Live With The Curse” which was released in Europe last week via AFM Records.

Mixed and Mastered by Dennis Ward (Unisonic, Pink Cream 69, Krokus) the video is for the song “No Holy Man”, which was originally a duet recorded with Dream Theater vocalist James LaBrie and one of the bands biggest singles to date.