The new single ‘Break Out‘ – also known as ‘Break Out (Farewell To The Machines)‘ – is now out, and comes with a lyric video.

A new reissue label focusing on the 1975 – 1995 era of popular – and not always so popular – music, has thrown their hat into the ring.

20th Century Music is a German – American partnership operating as a division of Vanity Music Group that will concentrate on both licensing material from major and independent record companies as well as uncovering undiscovered gems along the way.

Over a year in the planning stages, the label has lined up several releases with the first being the popular German power metal band from the early 1990’s, Tarot (forced to change their name to Tarot Beyond for this release). The band wound up with the opportunity to have their debut album produced by Accept drummer Stefan Kaufmann at Dierks Studios but let it slip away because “we were young and green so we missed out on a great chance. Our own fault but what can we do?” says the band.

Second out of the gate is the long lost album from Los Angeles hard rockers Black Bambi. The band was signed to Atlantic Records shortly after forming, built up a major buzz based on a wealth of press before being unceremoniously dismissed from the label before their album had a chance to hit the streets. Their story is finally told, courtesy of frontman Steven Ray Anastos, inside the album’s booklet.

Other releases scheduled before the year is over and in early 2018 include the solo effort, ‘Yonge at Heart‘ from Pet Hate frontman Alistair Terry, Drive‘s unreleased iDefi material, Lion‘s ‘Dangerous Attraction‘, Julliet‘s self titled album from 1990 and Cold Sweat‘s ‘Break Out‘ as well as releases from Parish (Crimson Glory adjacent) and Wicked Witch (pre-Savatage). All releases will be silver pressed (no CD-R’s ever) and will come with 12 – 16 page full colour booklets with lyrics, rare photos, band interviews and when available, bonus tracks and DVD material. 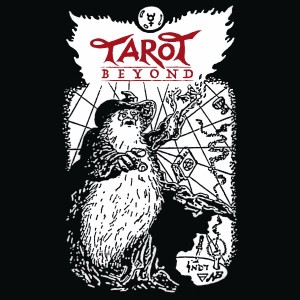 The self titled releases from both Tarot Beyond and Black Bambi are slated for release on August 18 and can be pre-ordered from Vanity Music Group. The company’s website, still a work in progress, can be found at 20th Century Music.

Digital fans can currently order Black Bambi‘s album on iTunes and Tarot Beyond‘s release on Amazon  and other digital platforms.