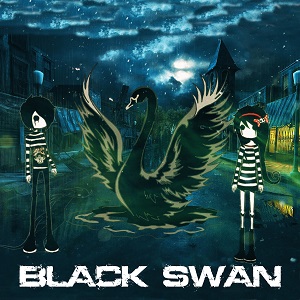 Secret Rule never stops! After releasing an official video for the track ‘Mother Earth‘ on February 5th, the Italian heavy rockers announce a new single called ‘Black Swan‘ – this time to be released on March 9th!

Secret Rule singer Angela Di Vincenzo stated about the song: “We’re always looking for ourselves and sometimes, we are not able to understand deeply what we feel. It is difficult to express what we feel, most of all with people we love. We often feel inadequate, not worthy of someone’s love. Sometimes we could be happier if we would have less fear to show ourselves and to hurt”.

Guitarist Andy Menario says: “‘Black Swan‘ is a mid-time rock metal song that paints the sound with dark and gothic shades. This song was born from a guitar riff, then we worked on the atmosphere and vibes we wanted to give. Angela wrote a verse as sweet in the melody as bitter in the words to immerse the listener in a dark vision. With the chorus, all Secret Rule’s catchy style comes up!”

‘Black Swan‘ has been recorded, mixed, and mastered at Digitall Studio by the band itself, while the artwork is by Danielle Tanton.

‘Black Swan‘ will be out on all streaming platforms such as Spotify, Deezer, Apple Music, Amazon Music, and YouTube.