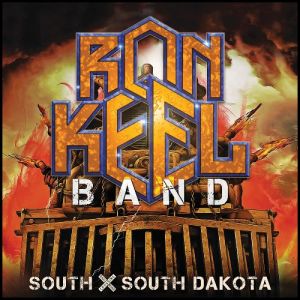 Ron Keel Band led by the legendary front-man Ron Keel (Steeler, Keel) has a new album coming out titled ‘South X South Dakota‘ on April 24th via HighVolMusic. The new album is a collection of 11 tracks of some the best southern rock music ever recorded.

Ron Keel explains: “​​Most of these tracks happened very organically in the studio as we were working on the “Fight Like A Band” sessions or just having fun. I found out later that producer Mike Dresch was actually recording those jams, and upon hearing some of the tracks it was obvious we had the makings of something special. ​​Whether you grew up on this stuff like I did or not, there’s a common thread here that ties it all together – toughness and twang as Metal and Country collide on sacred southern ground.”