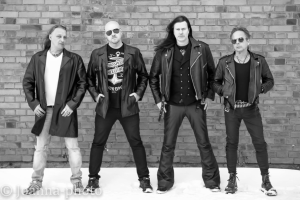 Peter Andersson, says: “Mean Streak is exited and happy to join forces with Rock’n’Growl Management/Promotion. With a new album mixed by Max Norman coming up we are really looking forward to take the show on the road in 2017“.