‘Artifacts‘ will be released on May 27th by established Greek label Sleaszy Rider Records.
In the next weeks the band around powerful singer Michele Guaitoli will announce all the details about the promo tour and an official videoclip, too.

The album has been mastered once again at GateStudios Hamburg (Avantasia, Edguy, Kamelot, Rhapsody Of Fire) by Olaf Reitmeier in Wolfsburg, Germany.
The artwork was made by the German artist Franziskus Pfleghart. 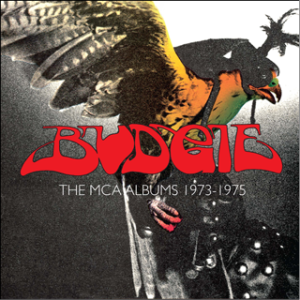 On 3rd June UMC release The MCA Albums 1973-1975 boxset from the seminal British hard rock powerhouse Budgie.
Often thought of as a cross between Black Sabbath and Rush, the underappreciated outfit has influenced countless acts, despite enduring countless line-up shifts throughout their history.
The group originally formed in 1967 in Cardiff, Wales, comprised of members Burke Shelley (vocals, bass), Tony Bourge (guitar), and Ray Phillips (drums), and by the early ’70s they’d inked a deal with MCA Records.
This early lineup remains Budgie’s most definitive, due to the fact that it spawned three of the group’s finest albums — 1971’s self-titled debut, 1972’s Squawk and 1973’s Never Turn Your Back On A Friend — while the group’s quirky song titles became somewhat of a trademark for the trio (such ditties as ‘Nude Disintegrating Parachutist Woman’, ‘Hot as a Docker’s Armpit’, ‘In the Grip of a Tyrefitter’s Hand’, and ‘You’re the Biggest Thing Since Powdered Milk’).
Despite building a sizeable following in their homeland (while never breaking out of cult status stateside), Phillips left the group prior to their fourth album, 1974’s In For the Kill!, replaced by newcomer Pete Boot, which would in turn set off a flurry of steady lineup changes over the years for the group (the only constant Budgie member from the beginning was Shelley). Further releases were issued throughout the ’70s, including 1975’s Bandolier.
Shelley and company would remain together for a few more years before splitting up quietly by the mid-’80s, But almost as soon as they disbanded, several high-profile groups began covering Budgie classics, including Metallica (Crash Course in Brain Surgery and Breadfan), Iron Maiden (I Can’t See My Feelings), while back in their early club days Van Halen was known to cover the title track from In For The Kill!
This 3-CD compilation contains their 3 classic albums that were recorded for MCA and are regarded as classics of the genre – the albums have been re-mastered from original tapes (for the first time). More than an overnight success, these Budgie albums are now part of the folklore of rock and metal.
The booklet contains a new essay by Classic Rocks Malcolm Dome and contains photos and information from the era. This set provides a great starting on point for anyone interested in the band.
To preorder Budgie’s The MCA Albums 1973-1975 go to https://Budgie.lnk.to/MCA_Albums
The MCA Albums 1973-1975 track listing
Disc One
Never Turn Your Back On A Friend
1. Breadfan.
2.       Baby Please Don’t Go.
3.       You Know I’ll Always Love You.
4.       You’re The Biggest Thing Since Powdered Milk.
5.       In The Grip Of A Tyrefitter’s Hand.
6.       Riding My Nightmare.
7.       Parents.
Disc Two
In For The Kill
1.       In For The Kill.
2.       Crash Course In Brain Surgery.
3.       Wondering What Everyone Knows.
4.       Zoom Club.
5.       Hammer And Tongs.
6.       Running From My Soul.
7.       Living On Your Own.
Disc Three
Bandolier
1.       Breaking All The House Rules And Learning All The House Rules.
2.       Slipaway.
3.       Who Do You Want For Your Love?
4.       I Can’t See My Feelings.
5.       I Ain’t No Mountain.
6.       Napolean Bona-Part One.
7.       Napolean Bona-Part Two.
Official Website

Well the wait is partially over with today’s announcement of the first batch of bands & artists to play this Year’s Rockingham Festival.

This Year’s event is being held at Nottingham Trent University.

Helstar have released their new single ‘Black Cathedral‘ this Friday, April 8, available via iTunes. The track is taken from the band’s new album ‘Vampiro‘, due later in the year via EMP Label Group. The cover artwork of ‘Black Cathedral‘ can be seen below.

‘Black Cathedral‘ & ‘Vampiro‘ is being mixed by Bill Metoyer, who has previously worked with (Slayer, Armored Saint,W.A.S.P. and Sacred Reich).

‘Vampiro‘ is another opus of tales of Dracula and vampires, like the band’s all-time most acclaimed 1989 release ‘Nosferatu‘.

Formed in Houston in the early ’80s, Helstar cut its teeth playing backyard parties and small club gigs. It soon became apparent that Helstar had much more to offer then its contemporaries. Combat Records snapped up the band and released Helstar’s debut, ‘Burning Star’, in 1984. Next came ‘Remnants of War’, followed by their breakthrough album, ‘A Distant Thunder’, in 1988. The success of “A Distant Thunder” ultimately set up ‘Nosferatu’.

Sunstrike are ready to take the Hard Rock world by storm again with their new album ‘Ready II Strike‘. The record is scheduled for a release on AOR Heaven on May 20th, 2016. This is the second effort from this Swedish band feat. Christian Eriksson (Twilight Force, Theander Expression) on vocals.

Sunstrike was formed by guitarist Joachim Nordlund and drummer Johan Lindstedt together with singer Christian Eriksson (Twilight Force, The Theander Expression) in late 2012. Joachim and Johan also are members  of  Swedish metal act Astral Doors. Right from the start the three guys had a very clear image of how the music should sound like: pure melodic hard rock was on the agenda!  Fredrik Plahn (Prey), Mats Gesar (Thalamus) and bass player Björn Lundqvist (Twilight Force) soon completed the band.

Two demo songs were posted on the band’s Facebook page in summer of 2013, and immediately the word was out about this new  melodic rock outfit from Sweden. The song-writing/recording continued through 2013 in Joachim’s Big Turn Studio until they had 12 songs that were strong enough for the album ”Rock your World” which was released in 2014 on AOR Heaven.

Now, SunStrike is back! After the release of their critically acclaimed debut album, Johan Lindstedt and Joachim Nordlund soon started working on new songs for an upcoming album. They once again teamed up with Christian Eriksson, Fredrik Plahn and Mats Gesar and started the recordings of what was to become album no. 2, “Ready II Strike”, in Joachims Big Turn Studio in the fall of 2015. Bass player Bjorn didn’t find the time to lay down his tracks for  this album, so Joachim took care of the bass lines. To make the choirs as big and fat as possible two friends of the band, Danne Andersson and Annsofie Lindström, joined them  in the studio for a couple of days and nailed down some cool harmonies.

Being very pleased with Erik Mårtensson’s work with the mixing/mastering of the first album, the choice was pretty easy this time around. The cover art and booklet design was done again by Carl-André Beckston (Monowasp). 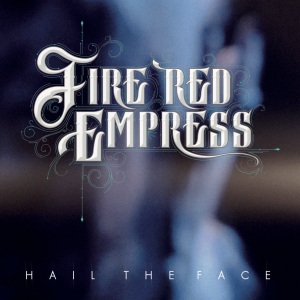 The ferocious ‘Hail The Face’ with thickly amplified sheet metal riffs, jackhammer percussion, thundering drums, and  soaring vocals, is a blistering monster of a tune. Lyrically “dealing with how people need to live behind a veil of lies and illusions to feel secure and safe rather than face the truth and take control of their destiny!”

Hailing from the Midlands, Fire Red Empress are currently recording their debut album and will then be touring ‘like mad’. Fire Red Empress promise ‘Whether you’re headbanging or your just nodding along to the groove, we guarantee you’ll have a sore neck the following morning.”

You can pre order Hail The Face from the following links: 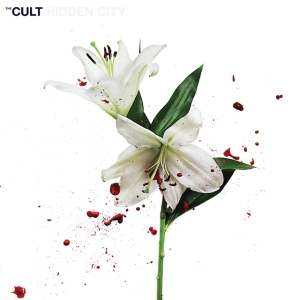 The Cult have released an official video for the track ‘G O A T‘, featured on the band’s recently released 10th studio album ‘Hidden City‘.

KISS Rocks Vegas will be hitting cinema screens on May 25th for one night only.

In November 2014 a helicopter landed at the infamous Hard Rock Hotel as KISS invaded Las Vegas for an historic nine-show run. Now, for one night only on 25 May, fans will be able to experience this spectacular night for themselves as ‘KISS Rocks Vegas’ hits cinemas across the globe.

From this blistering live show, fans can expect sky high flames, ear-bursting volume and a few drops of blood! Includes exclusive footage you will only see in the cinema.
Don’t miss this unique screening! Join with fans around the world, sing along to favourites like ‘Rock & Roll All Night’, get up and dance in your cinema! Feel like you are in Vegas! 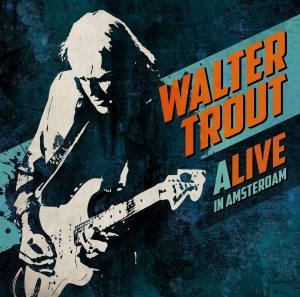 To be released June 17th on Mascot/Provogue, ‘ALIVE in Amsterdam’ is the sound of a man announcing his resurrection after a period on the ropes. As Walter Trout’s army of international fans are painfully aware, recent times have taken the bandleader to the brink, following a bleak diagnosis of life-threatening liver failure and hepatitis C in 2013.

Trout’s rebirth began with a successful transplant in May 2014, and gathered pace with 2015’s ‘Battle Scars’: the acclaimed studio album that channeled his near-death experience into raw autobiographical songs.

The album will be available on 3 LP, ” CD & Digital download.

You can pre -order your copy: HERE

Finnish hard rockers Wishing Well have announced that due to personal issues their vocalist Peter James Goodman will not perform live on their next live dates in April. He will be replaced by Pekka Montin, the singer of Finnish metal band Judas Avenger.

“First we were sorry, now we’re excited. We hope Pete all the best but we are ready to kick some serious ass with Pekka, who’s an excellent metal singer with a very versatile voice and range. We are all very impressed by his talent and motivation. With Pekka the songs from the Chasing Rainbows album will be born again live with some tasty screams and growls. Time will tell if Pete will return to the fold but now it’s too early to say more”, says Anssi Korkiakoski, the guitar player and band leader of Wishing Well.

The band have released a new lyric video on Youtube for ‘Science Fiction‘ from their critically acclaimed ‘Chasing Rainbows‘ album, released on 5 February by Inverse Records.