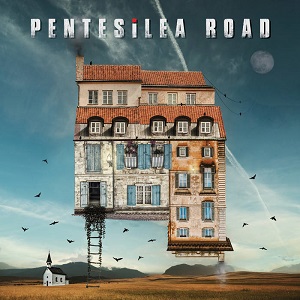 Pentesilea Road is a progressive rock band, originally formed as a one-man solo project of the Italian guitarist Vito F. Mainolfi in 2014.Until 2019, the band published several demos, mostly instrumental, on SoundCloud and BandCamp.

The first full-length album ‘Pentesilea Road‘ was released on February, the 26th 2021. The band’s name is a reference to Pentesilea, the diluted city described in Italo Calvino’s book “Invisible Cities”.

The musical style is a contamination of a few genres, including clear influences from the Progressive, Post-Rock and Metal areas.

This debut album is self-produced, the band is independent and unsigned.

The Album is available on all digital platforms and on Digipak on their BandCamp at the following addresses:

Ray Alder – Vox on Shades of the Night, Noble Art

Paul Prins – First solo on Give Them Space