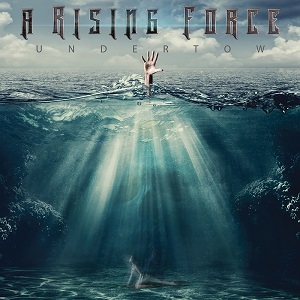 The album was written in the fall of 2019 through the summer of 2020 and recorded in in the fall of 2020. ‘Undertow’ features 10 tracks including a cover of the Warrant hit ‘Uncle Tom’s Cabin‘. A Rising Force recently signed with HighVolMusic and are putting the final touches on the first video for the single ‘Love and War‘.

A Rising Force is also part of the ‘Rock  Across America Tour‘ featuring Ron Keel Band and Every Mother’s Nightmare. “Like everyone else we are hopeful that we can get out and play some dates to support the new album, we will see. We are excited about the new album and possibilities.” says Leni DiMancari.