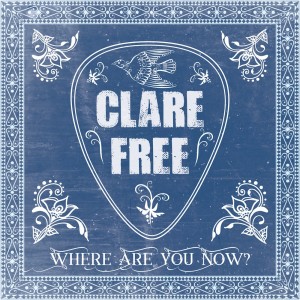 Review: Clare Free – Where Are You Now

Another artist I’d never heard of. Which is kinda cool, as it gets me off of my arse, in order to find out about them.

Clare is a blues artist. Plays guitar and sings. Now, there are some of my pals, who, if you mention blues, roll their eyes and say that it all sounds the same and how boring it is. Not with Clare though. In fact, as she mentions herself in interview, Clare is a rocker at heart. And throughout this album, the rock, at times easily outweighs the straight ahead blues. Which, to me, is a positive.

Sonically, this album is sparse. Plenty of space. I can imagine Clare and her band set up and pretty much laid it down. The production is clear and crisp. The songs that really work for me are ‘Nice Girls’ – Clare’s hard arsed response to Rose Tattoo’s Nice Boys. Think of a souped up Thorogood meets Kids Wanna Rock by Bryan Adams.

‘Gimme Rock & Roll’ – a laconic drum beat which builds into a cool chorus. ‘Scars’ – a grinding groover with an ethereal lead into a chorus which features this wonderful lyric…..’’She’s the most, beautiful girl in the world, but her face, is covered in scars“.

‘Let me Down Easy’ – Clare threatens to go all Alanis Morrisette but thankfully is made of sterner stuff. She just wants to be told to her face! The obligatory ballad, ‘Thank You’ shows what Clare can achieve vocally when given the chance to shine. So is it blues? Or is it rock? What about blues rock? That’s up to you to decide. It’s a mighty fine album whichever way you wanna call it.